The recent price rally comes as over $318 million worth of BTC shorts has been liquidated on the BitMEX exchange alone over the last 30 days. It has been a tough time for shorter as Bitcoin has been on a constant and sustained surge over the last month. The BTC price has surged nearly 40 in the last 30 days as of November 5th, 2020.

The massive liquidation in the BTC short positions happened as the bulls raged in pushing BTC price higher consistently. However, during the same period, BitMEX has also liquidated $147 million worth of long positions.

Bitcoin shorting involves the process of betting against Bitcoin price rise. Thus, if the BTC price falls as per predictions, traders usually make a profit for making the right predictions. However, the massive surge in Bitcoin throughout October has forced many traders to liquidate their short positions and take an exit.

But it seems that the BTC price volatility has also caused liquidations in the long positions as well! The sell-off triggered by Bitcoin miners earlier this week might have forced traders to liquidate their long positions.

Liquidations of short and longs is a very common scenario in the crypto trading space as traders usually have overleveraged positions. Also, with the kind of volatility that Bitcoin is known for, traders have to hedge/liquidate their positions on many occasions.

The cryptocurrency market has been witnessing strong bullish momentum over the past couple of days. As the price…
przezNamrata Shukla

The U.S. regulator said the offering of LBRY, whose business focuses on distribution and monetization of digital content…
przezJordan Atkins 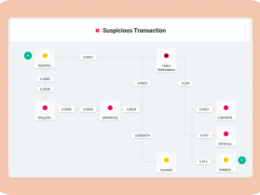 B2BinPay, one of the best-known cryptocurrency payment providers, has just gone through a major upgrade, releasing version 2…
przezJohn Kiguru 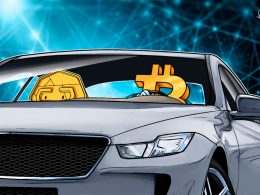 “There are a handful of pilots who like crypto, but I am probably one of the ones who…
przezTurner Wright