It appears many Chinese miners have completed their annual migration from Sichuan, with Bitcoin’s hash rate spiking more than 40% in two days.

The hash power of the Bitcoin (BTC) network has jumped by roughly 30% over the past 24 hours, which, if sustained, suggests a major difficulty adjustment may soon be incoming.

According to Coinwarz, Bitcoin’s hash rate currently sits at 157.5 exahashes per second, or EH/s, after briefly pushing above 160 EH/s. As of this writing, BTC hash power has increased by 42% in two days.

The spike follows a sharp decline in hash power in late October, which many analysts attributed to the end of the rainy season in the Chinese mining hub of Sichuan.

The province’s abundant and cheap hydroelectric power is estimated to attract around 80% of Chinese miners during the wet season. In December, CoinShares estimated that Sichuan accounted for 54% of global mining activity.

Quantum Economics analyst Jason Deane speculated that the sudden increase in Bitcoin hash power could be a sign that many Chinese miners have completed their migration from Sichuan and restored operations in other local mining hubs such as Xinjian and Inner Mongolia.

The sudden spike in mining activity suggests the network is likely to produce another significant difficulty adjustment.

A major upward adjustment would come at the chagrin of non-Chinese miners who have been enjoying boosted profits after October’s apparent migration from Sichuan resulted in a 16% negative difficulty adjustment — the second-largest downwards adjustment in Bitcoin’s history.

Earlier this week, the world’s largest generator of hydroelectric power for the private-sector, Russian firm En+ Group, announced it would be launching a cryptocurrency mining venture in partnership with local company BitRiver.

Bank of England governor is bearish on Bitcoin, but sees growth of CBDCs

The crypto skeptic made the comments in an online discussion during this year’s Davos agenda. Bitcoin not the…
przezShaurya Malwa 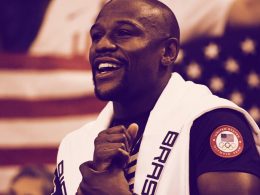 Apparently, Floyd Mayweather didn’t get the memo that he was speaking at a “Bitcoin only” event. Taking the…
przezJeff Benson 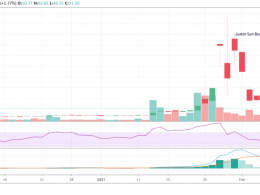 Most investors are happy making money, but Justin Sun is one of those who are happy losing money.…
przezFelix Mollen