Bitcoin’s monumental rally has taken prices back to those not seen since January 2018, and analysts are eyeing the next levels of resistance should the bulls continue.

Bitcoin prices surged to a whisker below $16,000 a few hours ago during Asian trading and while they have found resistance here, analysts are eyeing the next levels of the next leg up.

The move has added over 12% on the past 24 hours in one of Bitcoin’s largest single-day climb this year. Around $1,500 has been added in less than a day as BTC hits a 33 month high.

Resistance is here at the moment as there were two weekly candles in January 2018 that closed around $16,100. The next stop is $17,200 according to ‘Altcoin Sherpa’ who sees a correction in play first.

“I don’t think that price will break through these areas on the first go; I’m expecting a strong wick followed by some extreme volatile moves down.”

$BTC: I’m expecting price to stall out at one of these areas (if not the current). I don’t think that price will break through these areas on the first go; I’m expecting a strong wick followed by some extreme volatile moves down. Looking to buy dips. #Bitcoin pic.twitter.com/MG3mIMx1aM

Momentum appears to be coming from a potentially favorable outcome to the U.S. election results. The counting is still going on but at the time of press, Joe Biden was leading Donald Trump by 264 to 214, needing just another six electoral college votes to seal the victory and win the White House.

Biden has not mentioned the crypto industry much during his campaigning but Trump is clearly against it. His comments in July 2019 have been retweeted across crypto twitter.

“I am not a fan of Bitcoin and other Cryptocurrencies, which are not money, and whose value is highly volatile and based on thin air.”

Trump has always viewed Bitcoin as a threat to the dollar so a more forward thinking U.S. administration when it comes to the digital asset industry would be welcomed by all and this appears to be driving momentum at the moment.

Should Joe Biden win the Presidency, Bitcoin could rally even further, reaching and potentially beating its previous peak of $20k.

BTC is now only 20% away from its all-time high and in previous rallies, it has not taken long to close that gap. Analysts have noted that with the price of Bitcoin being 80% of its all-time high, it has only taken 12 days on average to reach ATH from these levels historically.

The price of bitcoin is now 80% of its all time high, the closest it has ever been to full recovery.

Historically, it has taken 12 days on average to go from 80% recovery to full recovery. pic.twitter.com/UqYW4iOUmA

With this in mind, it could well reach a new all-time high before this year is out. 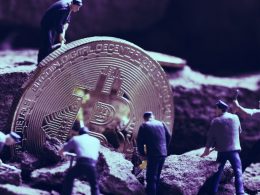 Bitcoin (BTC) miners are raking in record-breaking revenues amid the current rally, earning up to $52.3 million per…
przezLiam Frost 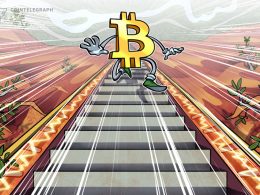 Why the drop may not be over for Bitcoin just yet

Bitcoin’s latest price drop was not sudden, especially since the signs were there on the charts. In fact,…
przezEkta Mourya

Bitcoin: How have the coin’s Hodling patterns changed

Bitcoin’s amount of supply last active in the past 10 years just hit an ATH of 1.9 Million.…
przezEkta Mourya