1inch Exchange – a popular aggregator of decentralized exchanges –  has announced their version 2 release.

This latest update includes a revamped UI, optimized gas fees, and other improvements that ensure the most optimal rates for users when performing token swaps through 1inch. Swaps on 1inch exchange are split across 21 supported decentralized exchanges, including familiar names like Uniswap, Balancer, Curve, Kyber, Mooniswap, Sushiswap, and more.

The biggest update in V2 is the introduction of the Pathfinder API, this new API contains a novel discovery and routing algorithm that will help 1inch users find the best possible paths for a token swap in the shortest amount of time possible. The Pathfinder API also ensures that token swaps are split between the underlying exchanges based on “market depths”, this gets users the best rates while also taking gas fees into account. Beyond just simple swaps, the PathFinder API gives users the ability to pack, unpack, and migrate collateral tokens from lending protocols like Aave and Compound. A feature like this can save DeFi users a ton of time and gas fees.

Substantial UI improvements have also been made to 1inch as the team built the new user interface completely from scratch. Taking suggestions from their users, the 1inch team also added a key feature for traders to be able to see their entire deal size in USD rather than crypto denominations. By thinking ahead and building the new UI modularly, the 1inch dev team has also empowered users to build their own trading dashboards when using 1inch exchange.

This isn’t some random forked project and it shows.  1inch v2 has already passed 5 security audits from Certik, Hacken, Scott Bigelow, MixBytes, and Chainsulting.  There’s also another 5 audits from some of the most reputable firms in the space that are still underway. Perhaps even more important than the audits, 1inch is actually quite battle-tested by DeFi standards and has withstood the test of time better than many of the other protocols in the space.

Keep up with 1inch Exchange by following them on Twitter! 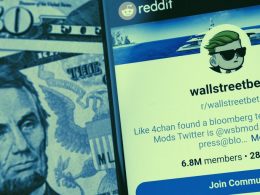 A founder of WallStreetBets (WSB), the Reddit forum behind this year’s GameStop stock rally, announced today he wants…
przezJeff Benson 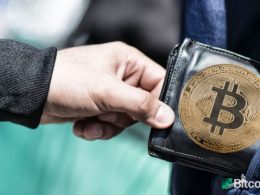 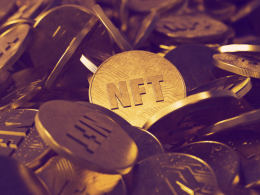 Elon Musk changes his Twitter bio to “meta for k” – is he really trolling Cardano?

The Cardano community speculates on Elon Musk’s possible “trolling” of the cryptocurrency and an ADA purchase announcement. The…
przezReynaldo