We are thrilled to announce the beta launch of the Yield Protocol on Ethereum.

Users can leverage Yield to borrow Dai at fixed rates with ETH collateral or lend Dai at fixed rates.  The interest rates on Yield are set entirely by the market. Loan maturities on the other hand were set initially by the core team, but any independent developer is free to deploy different maturities using the Yield source code.

Fixed-rate lending is the dominant form of lending in the traditional finance world and Yield is bringing that to DeFi. While borrowing and lending markets such as Compound have enabled users to unlock the value of their crypto holdings, users still have to closely monitor their floating-rate interest. The interest rate volatility that currently exists in DeFi can make it hard for users to plan for the future and make long-term decisions.

In the same way that stablecoins brought stability into the cryptomarkets and enabled risk-averse participants to get their feet wet with crypto, the stable rates Yield Protocol is enabling could do the same for attracting risk-averse users to DeFi.

fyDai stands for “fixed-yield Dai”. These are ERC20 tokens that can be redeemed 1:1 for Dai after the predetermined maturity date. Functionally, these fyDai tokens are similar to zero-discount bonds. Borrowers will mint and sell fyDai while lenders buy it. Yield is deeply integrated with MakerDAO and current users of Maker Dai vaults will be able to migrate directly into Friday vaults, this will lock in a fixed interest rate for a fixed period of time before converting back to a regular Dai vault after maturity.

For an in-depth overview of fyDai check out this blogpost.

The Yield Protocol smart contracts have been audited and tested, but users should still exercise caution as this is a beta product and there is no way to recover funds in the event of an unforeseen bug.

Trail of Bits was contracted to perform the audit for Yield Protocol. You can read their audit report here.

Keep up with Yield Protocol by following their Twitter. 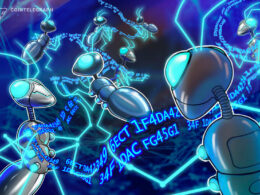 Decentralized exchange aggregator 1inch has been integrated into the crypto wallet app BitPay, enabling users to access its…
przezMarie Huillet 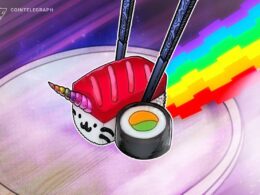 The acceptance of top cryptocurrencies like Bitcoin, Ethereum, and XRP on gambling sites are part of the reason…
przezShaurya Malwa