Circles – a crypt0 UBI schema – has announced a social graph of trust that took Twitter by storm.

After 7 years of dreaming about it, discussing it, dismissing it, adjusting it and finally implementing it, @CirclesUBI – “universal basic income on the blockchain” – or just “better money” went live today!

This system aims to distribute monetary value to equalize weatlh, and function like a globally accessible Universal Basic Income (UBI). When new users join Circles, they earn a currency called CIRCLES. CIRCLES are reguarly minted, forming the basis of Circles’ UBI properties. Users have the ability to trust the personal currencies of other users, which requires them to treat this personal currency as identical to any other Circles’ currencies that they hold. As the social graph becomes more interconnected, these personal currencies converge on one single global monetary system.

Three people already trusted in the Circles system must trust new users to get verified by the system. Once trusted, users receive 50 CIRCLES to start collecting UBI on it. Circles features a 7% annual inflation so that the users do not hoard their tokens as a means of encouraging transactions to help grow the ecosystem.

Currently, Circles is using the Kovan testnet for their public testnet with plans to switch over to xDAI, once the system is fully live on the mainnet. The Circles team expects the protocol to go live on the mainnet sometime later this year.

What Goes Around, Comes Back Around

Ever since the Circles public testnet went live, Crypto Twitter has been abuzz with people wanting to test out this new form of crypto UBI. You can check out the ever-growing Circles network on this graph here.

The team has asked people not to trust fake accounts, or the people whom they do not trust, as there are already many scam accounts going around. They also stated that Circles is not a get rich fast scheme so the people should treat it as such only.

Circles is not based on scarcity and as such, the token will not have any sort of hard cap on the token’s supply. Every person in the Circles system issues their own personal or mutual currencies. If you trust somebody, it means that you are willing to accept their promises as real.

If Alice wants to buy a loaf of bread from Bob, but does not know Bob, she can still spend her circles to make the purchase, if she and Bob share a mutual connection. For example, Kate trusts both Alice and Bob and hence, she can act as a bridge between the two, if Alice and Bob want to transact with each other. This explains the importance of trust factor in the Circles ecosystem.

The project has drawn criticism, notably from Hayden Adams, the founder of Uniswap, who criticized the project, for having bad UI for existing crypto users, for being horrible for security, and for training new users in bad practices.

Still, the growing interest in Circles proves that with social mechanics baked into web3 primatives, projects like Circles have the potential to reach a drastic amount of users with a few interesting dynamics at play.

Recently, the Monero (XMR) network was hit with a unique, first of its kind, Sybil attack. For 10…
przezPatrick Thompson 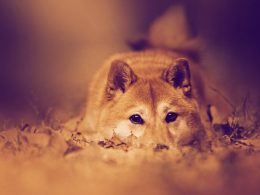 On Tuesday, Shiba Inu token was all set to show off its pedigree in front of Coinbase users.…
przezJeff Benson

Decentralized exchange SushiSwap launched the much-awaited ‘Kashi’ app as part of its BentoBox product suite, as per an…
przezShaurya Malwa