Today we’re announcing that Immutable X, our ZK rollup engine for minting and exchanging NFTs on Ethereum, will be available to all developers worldwide. This is the most significant announcement in our company’s history, as we run with this industry into a new era.
(tweet 1/6)

Immutable X is a ZK rollup engine for minting and exchanging Non-fungible Tokens (NFTs). Immutable is collaborating with StarkWare, the creators of the ZK-STARKs technology, since May of this year.

Immutable X will be a non-custodial exchange, with zero gas cost for trading and support for both ERC20 and ERC721 token standards. The protocol can handle up to nine thousand transactions per second (TPS). It is not built on a centralized sidechain like some of its competitors. Trades will be settled instantly and cannot be reverted.

X Gonna Give it to Ya

Immutable X was created to counteract the high gas fees of creating, exchanging, and trading NFTs. They realized this conundrum when they wanted to take their game, Gods Unchained, mainstream. Gods Unchained is a NFT based card game akin to Blizzard’s Heartstone.

The team mocked the idea of switching away from the Ethereum,  as Ethereum fits the ethos of Immutable. Ethereum is censorship resistant fully decentralized smart contract platform, and this is perfect for decentralized asset ownership of NFTs. Further, the explosion of DeFi has created a DeFi composibility which the team can use. The Immutable team sees the massive user base, along with an ever-growing developer base, as an added advantage to not abandon the Ethereum blockchain.

Developers and users can join the waitlist on Immutable’s website to get the Alpha Access while the team gears up for a Q4 2020 or Q1 2021 for a full public release.

In the meantime, be sure to stay up with Immutable on Twitter.

AMBCryptoA bull run is round the corner for MATIC, thanks to these developments

Ever since the wider market sell-off on 7 September, MATIC has been trying to rediscover the momentum that…
przezSaif Naqvi 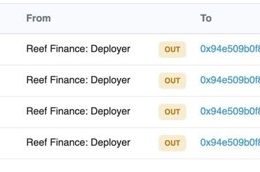 REEF Finance CEO Addresses the Alameda Research Fiasco: What We Know So Far

Sam Trabucco, a quantitative cryptocurrency trader, part of the Alameda Research team, took it to Twitter today to…
przezGeorge Georgiev 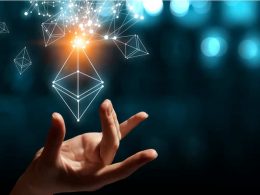 Ethereum price draws closer to the ultimate launch aiming for $4,000

Ethereum dipped twice under $2,000 in May amid the bears’ showdown. The declines extended from an all-time high…
przezJohn Isige 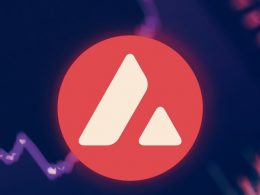 The price of AVAX, the token underpinning the Avalanche platform, has skyrocketed by 37.7% in the past 24…
przezAndrew Asmakov